Home » Blog » How Often Do Debt Collectors Take You to Court?

How Often Do Debt Collectors Take You to Court? 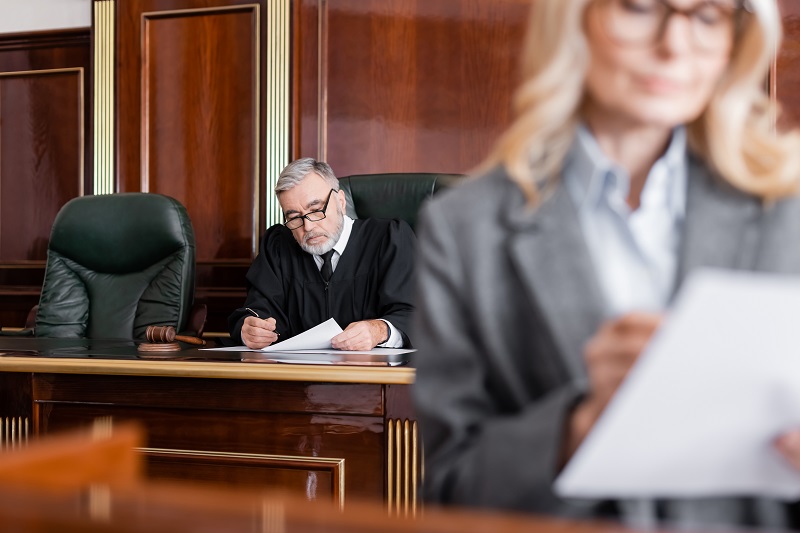 How Often Do Debt Collectors Take You to Court?

A lot of people are struggling with a fear of being brought to court because of unpaid debt. Before this happens, you will probably receive multiple calls and notices from debt collector agencies. It can be very frustrating and stressful, so you may start to wonder what the odds are this will all end up with a lawsuit. If you find yourself in that kind of situation, familiarize yourself with your rights. It’s important to know WHEN a debt collector can take you to court. And, you need to know the steps to take after being sued by a debt collector agency.

There is a significant rise in debt collection lawsuits if you look at the report released by The Pew Charitable Trust. While in 1993 debt claims represented only 1 in 9 civil cases, 20 years later, in 2013 they made up to 1 in 4 civil cases. This is a significant rise and, with the Covid-19 pandemic, it is expected to grow even more. Also, Pew’s report indicates more than 70% of debt collection lawsuits end up with a default judgment for the collectors, meaning that in most of those cases the defendant didn’t even respond to the lawsuit. Default judgments happen largely because the cost of hiring a lawyer is often more expensive than the debt itself. On the other side, filing a lawsuit is also expensive for the debt collectors, so before doing that, they will do everything in their power to make you pay the debt. To avoid going to court, you should research as much as you can about that specific debt collectors’ strategies.

How Can Debt Collectors Sue You?

The first thing you should know about debt collectors is that they are acquiring debt from creditors for a small part of the original balance. When creditors sell the debt to the debt collector agencies, consumers should first get a notice that the account on the credit report is listed as a “charge off.” If your account is charged off, this does not mean that you are no longer responsible for the debt. This only means creditors gave debt collectors agencies the authority to make you pay. Debt collectors try to find any legal way to make you pay your debt, even if you believe you don’t owe them anything. So, before filing a lawsuit against you, they will try various methods make you pay. You can expect to receive phone calls and notices from them.

What the Typical Timeframe for Debt Collectors to Sue?

There is a timeframe defined by the law, also known as the “statute of limitation” by which collector or debt collector has a legal right to sue for some debt. After that timeframe, you are no longer legally responsible to pay the debt. Still, in recent years, debt collectors practice “re-aging” of the debt, also known as the ghost or zombie debt, meaning that they will contact you to pay off even though, by expiration of the statute of limitation, you are longer legally required to pay the debt. The statute of limitation varies from state to state, and also from case to case. In most cases, it will take from five to seven years. That’s the amount of time credit bureaus are allowed to show the debt as a derogatory item on your credit report. There are exceptions, like student loans or bankruptcies, where it will take ten years for it to go away. If your debt exceeds the timeframe defined by law, you can dispute the item so that the creditor or debt collector stops contacting you, or you can contact FDCPA (Fair Debt Collector Practices Act) and take legal action against them. Still, debt collectors may sue you, but based on the statute of limitation, you can dismiss the charges.

The answer to this question mainly depends on the debt collector agency’s policy, but yes, this can often happen, so if you have a debt of a few thousand dollars, you can expect debt collectors to contact you. If the agency is also a law firm, or it is a large collection agency, it is more likely you will be sued, because it is profitable for them to sue for $5,000 or less.

If you believe that the debt doesn’t belong to you, gather all the documentation you have and make a dispute immediately after being contacted. If the debt does belong to you, you should try to pursue debt settlement with the agency. In that case, we strongly recommend consulting a debt attorney.

After the lawsuit arrives, the same rule applies: Gather as much relevant information and documentation as possible and show up to court. Do NOT ignore it. If it’s affordable to you, hire a lawyer. If not, you can always seek some reduced fee or free legal help. Even if the debt belongs to you, you can still get a judgment if debt collectors have broken the law. Of course, you will need evidence for this claim, like a recording of the calls or any written exchange of communication.

It is never pleasant to get a lawsuit, especially if it is unexpected. But the main thing to do is to take it seriously. The more information you gather and the quicker you react, the better the chances that justice will be on your side. The worst thing you can do is to ignore any notice, because, be sure that debt collectors won’t.